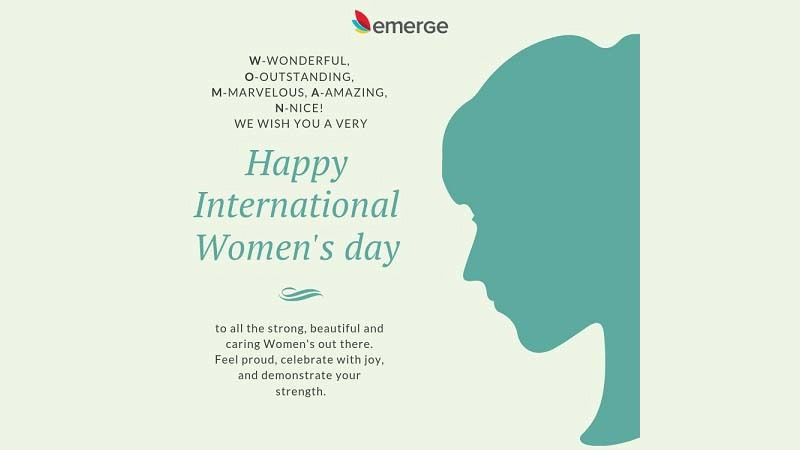 Mother Teressa once said, “Every man needs women when his life is a mess, because just like the game of chess- the queen protects the king.”

We at Emerge India, celebrated the International Women’s Day by gifting each of our female employees a table stand for their work desk, which read – “Proud to be Women!!” and an establishment of Women’s Cell into our organization, which not only encourages each woman to be fearless and empowered but also lets her know that we (Emerge) are here to protect her, and stand by her in the hour of need.

During World War II, women had become the backbone of the nation, taking on the jobs left vacant by men who drafted into the army. This transitioned into one of the biggest evolvements of women. Anything a man could do, she could do better. Fast forward decades later and women still show us it’s no longer a man’s world.

The women today are remarkably creating milestones of successes in their respective fields of expertise, possibly setting themselves as inspirational examples for other women in this world.

International Women Day 2019 has a very motivating theme, “#BalanceforBetter”. The idea is neither to let down the achievements made by men nor overrating the feminine accomplishments, the basic ideology is to create a more balanced world where both the genders can work together in a similar work environment taking inspirations from each other’s work and capabilities

Let’s all hope for a much-balanced future, where men and women co-exist, in all aspects of life, equally. And no one has a cultural shock experiencing this.

Let’s all hope for happiness and success.